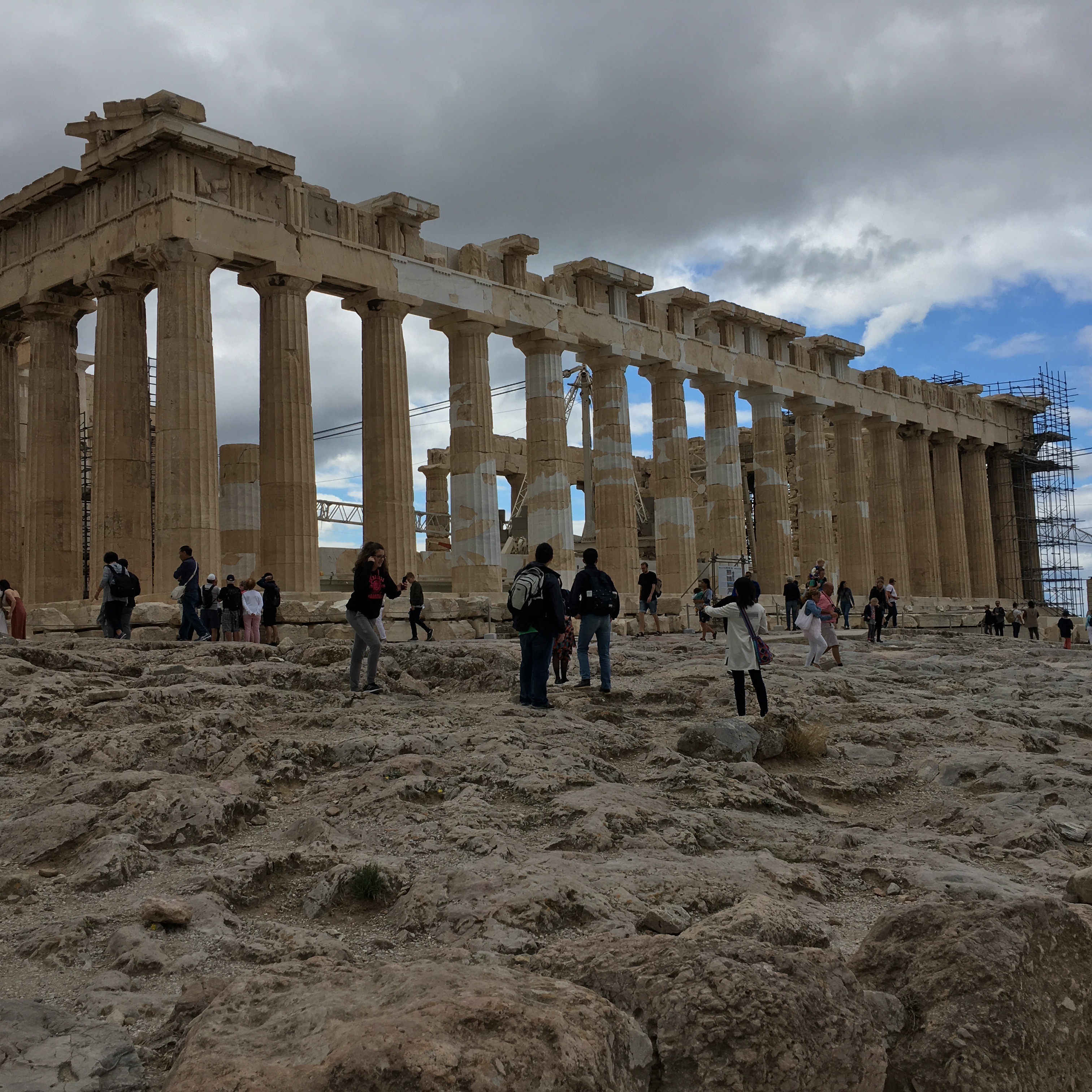 Before walking the Acropolis we went to the Acropolis museum. It’s light & airy – the main showpiece is on the top floor: the Parthenon Gallery. In an 1:1 representation the Parthenon pediments, metopes & the fries (160 m long) are reconstructed: you may stroll around & admire the work at eye level! Original parts of the Parthenon (very few!) are complemented by replacements and/or paintings/drawings to give a hint of its ancient beauty.

Next day we finally went to the Acropolis. The main part of the Acropolis is the Parthenon, the ancient temple dedicated to the goddess Athena – the largest Doric temple in Greece completed almost 2500 years ago. 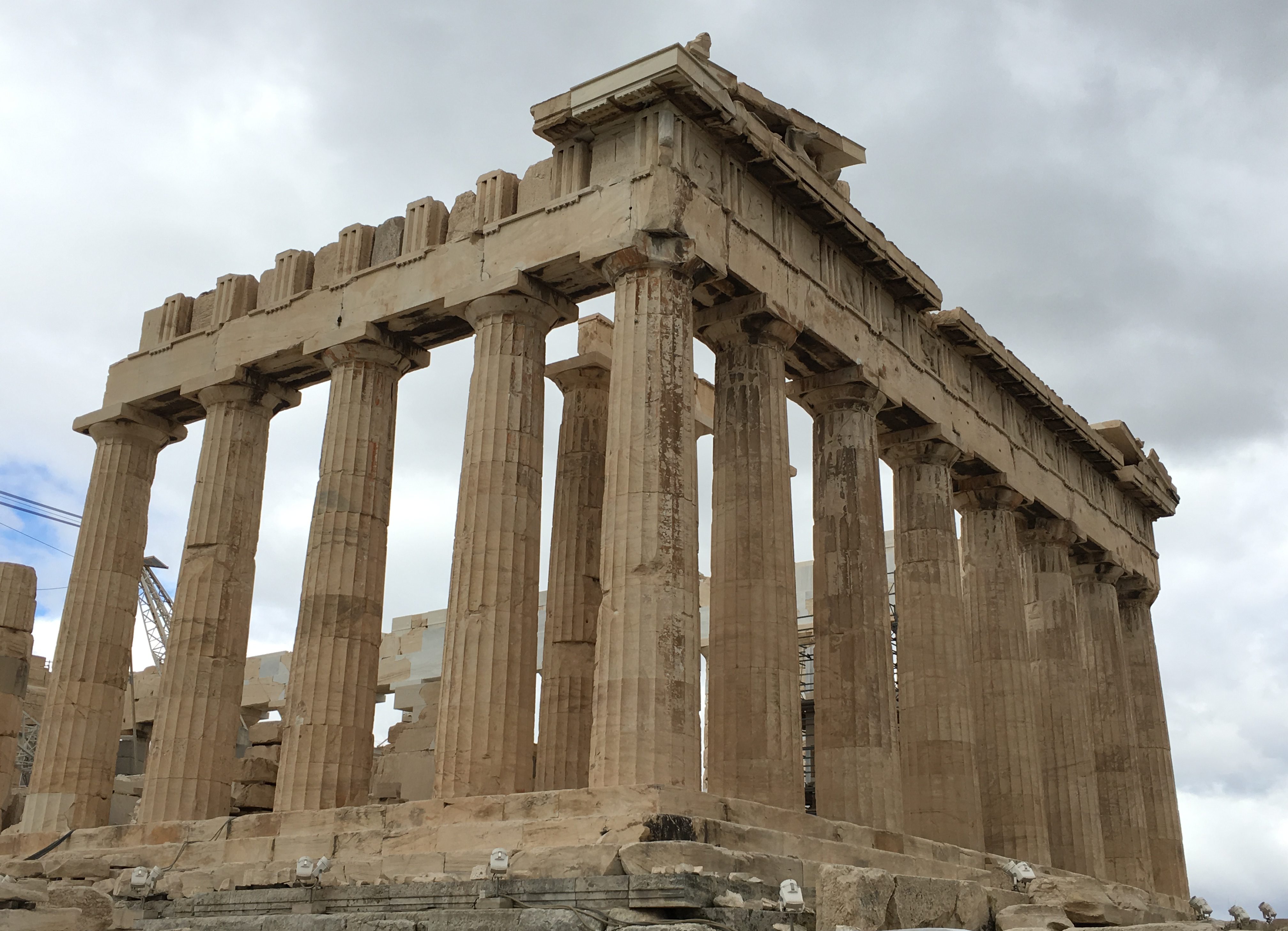 On our way up we had a breathtakingly view of the Odeon of Herodes Atticus, an amphitheater about 1800 years old, restored & used for concerts now. 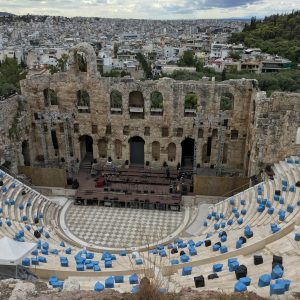 Views of the Saronic Gulf, part of the Aegean Sea… & tourists! 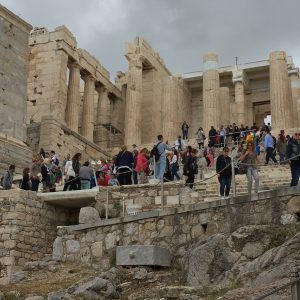 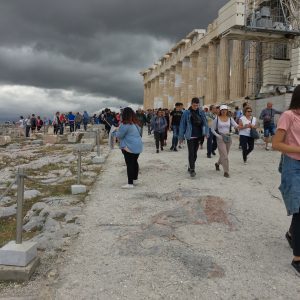 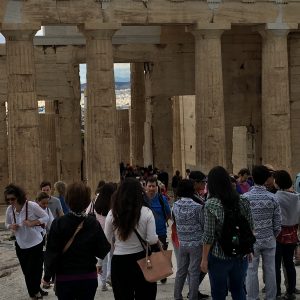 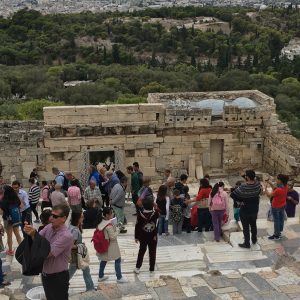 Coming to the Parthenon… (we had some rough weather: again & again there were dark clouds shooting along the blue sky, but there wasn’t any rain!).

There are both narrow sides of the Parthenon w/ the famous pediments (east & west). There are the long sides missing some pillars… The Parthenon was badly damaged during the centuries especially when stored gunpowder exploded in the 17th century, cannons fired at it & would-ben archaeologists in the 19th century pilfered the Parthenon. Only few details survived… 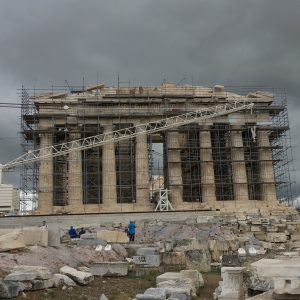 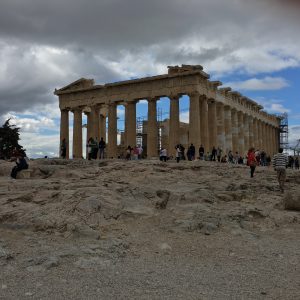 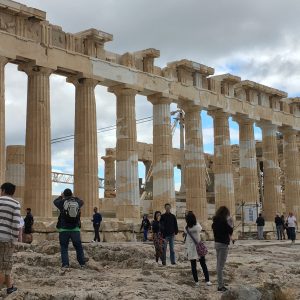 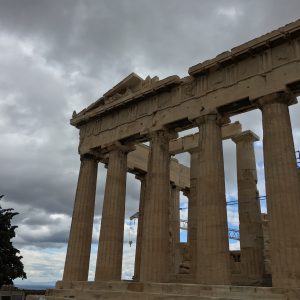 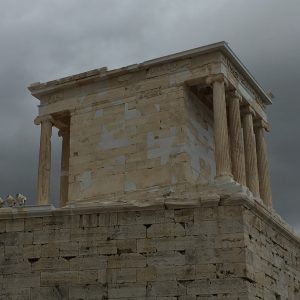 These are the remains of a temple dedicated to Athena & Poseidon (& Erechtheion (an ancient mythical king)) which flags the place where Athena & Poseidon claimed their authority of Athens: Athena by planting an olive tree (the winner!) & Poseidon by striking a rock w/ his trident to let a spring emerge…

This was the most sacred part of the Acropolis in ancient times!

The maidens on the porch (the Caryatids) are now in the Acropolis museum – these are replicas: nevertheless beautiful! 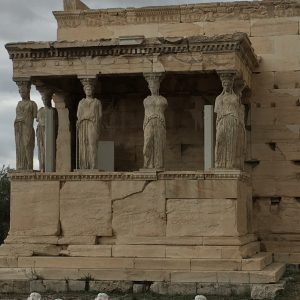 …& there are lost of snapshots of pillars & of the debris around the Parthenon (there’s a real lot of it – my admiration to all the archaeologists who dealt w/ it in order to restore parts of the pediments, metopes & the fries!). 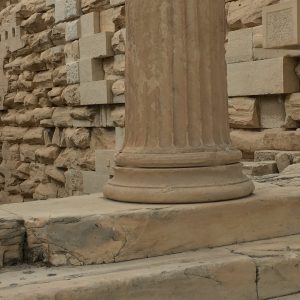 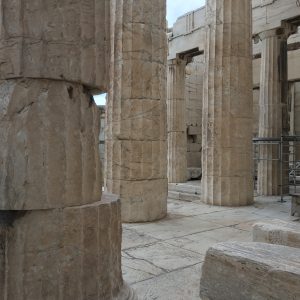 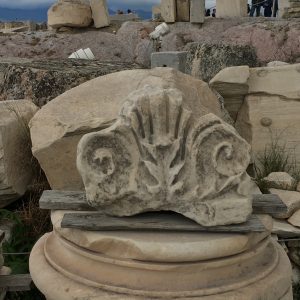 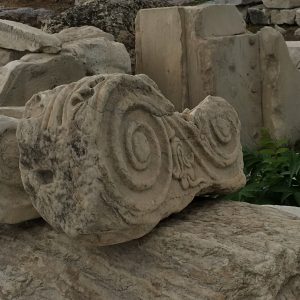 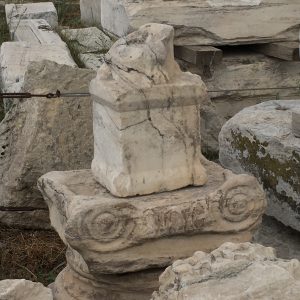 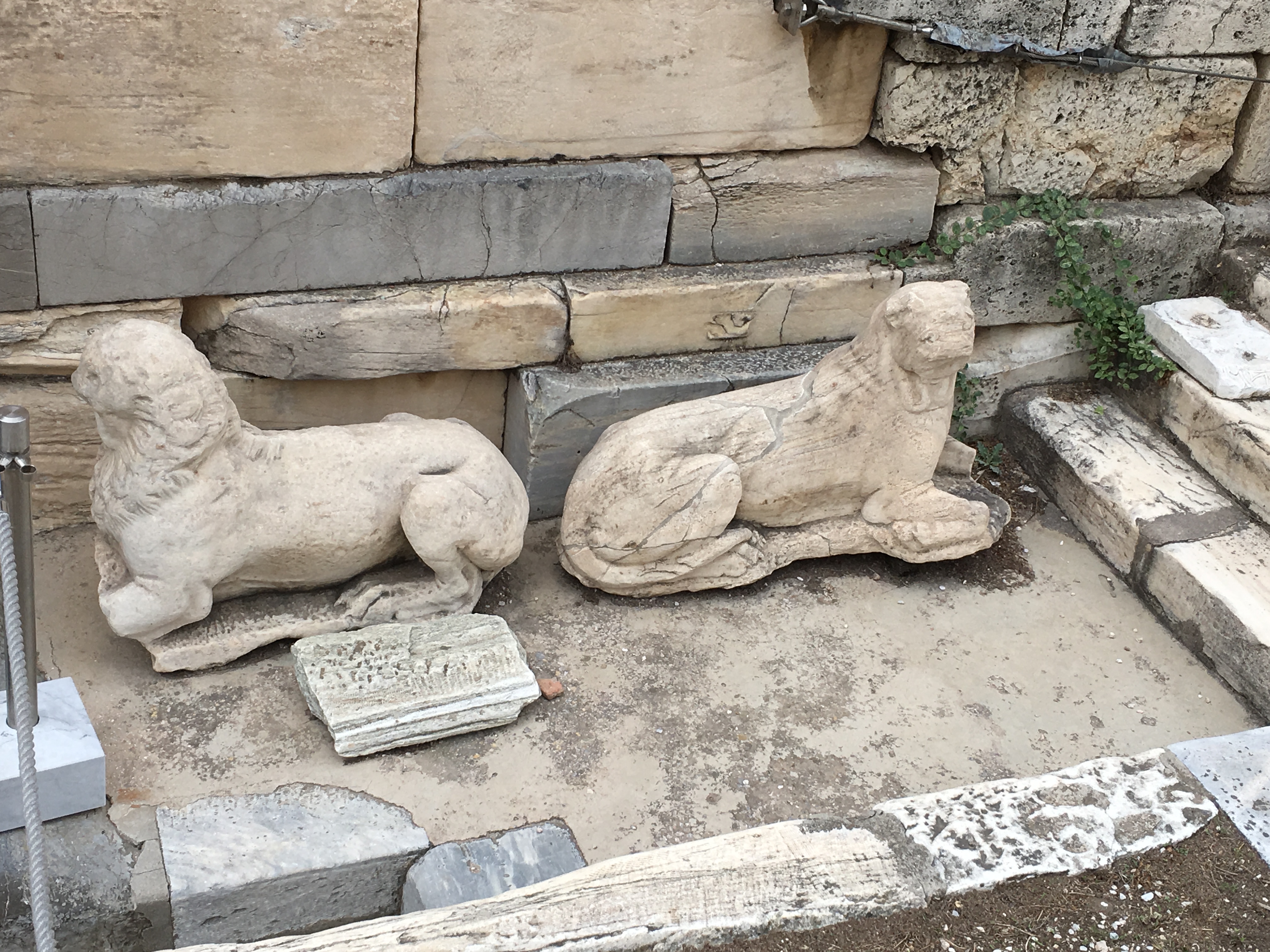