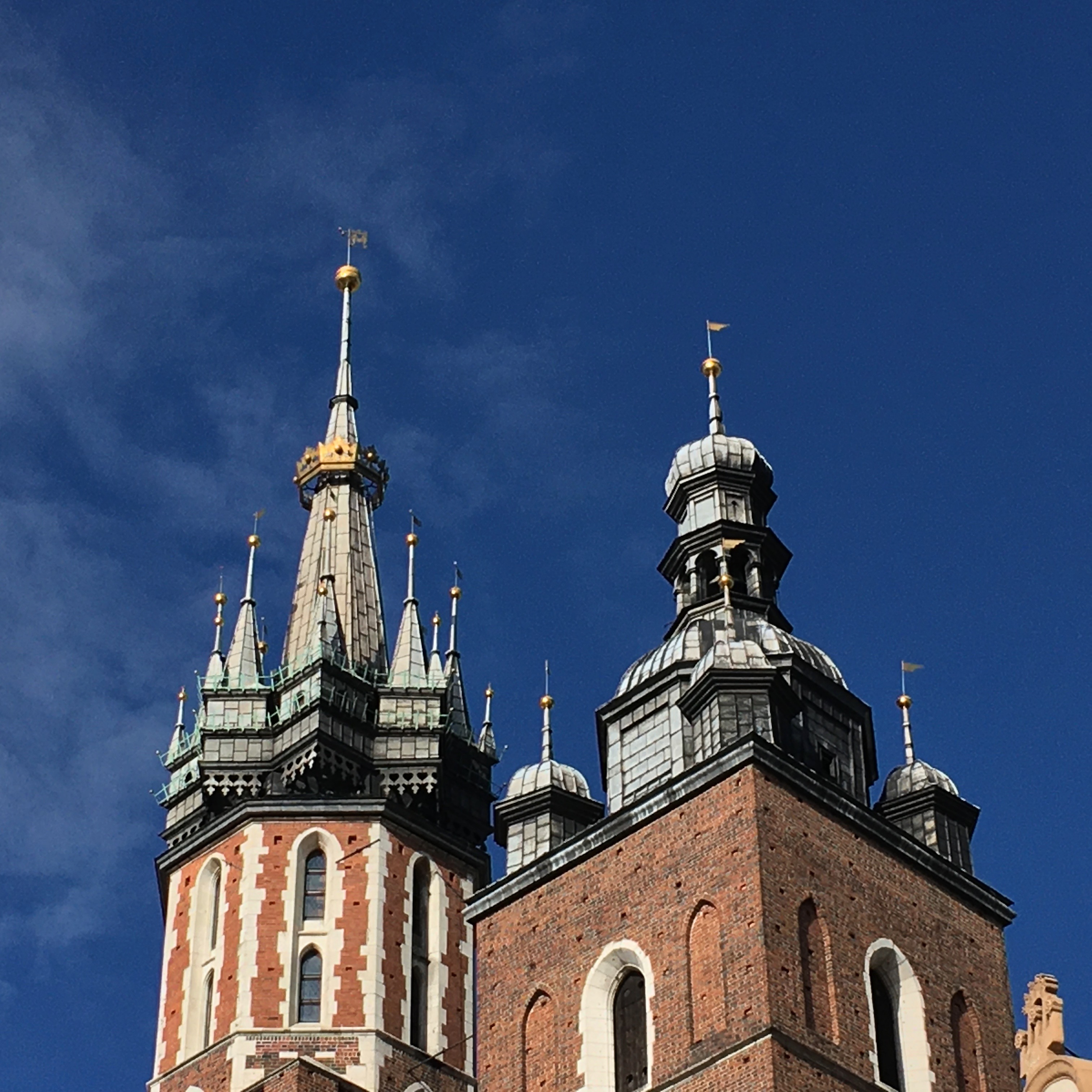 Now it’s Krakow: on our trip in Poland from Warsaw to Krakow to Wroclaw I like to give you some impressions of Krakow with this post, especially about cathedrals & churches & chapels … There are lots of them in Krakow – believe me!

For the record:
Churches are everywhere. Poland’s people are catholic – more than 90% of them. All churches, all cathedrals etc. are beautiful, splendid and well preserved even if several hundred years old. Krakow with its Old Town quarter has got some brilliant examples of religious edifices.

For a start:
Above there is St. Mary’s Basilica on the market square in Old Town. (Yes – there are two different spires!)

When approaching the Basilica along Old Town alleys you get a feeling for this busy, bustling city with its centuries-old history. 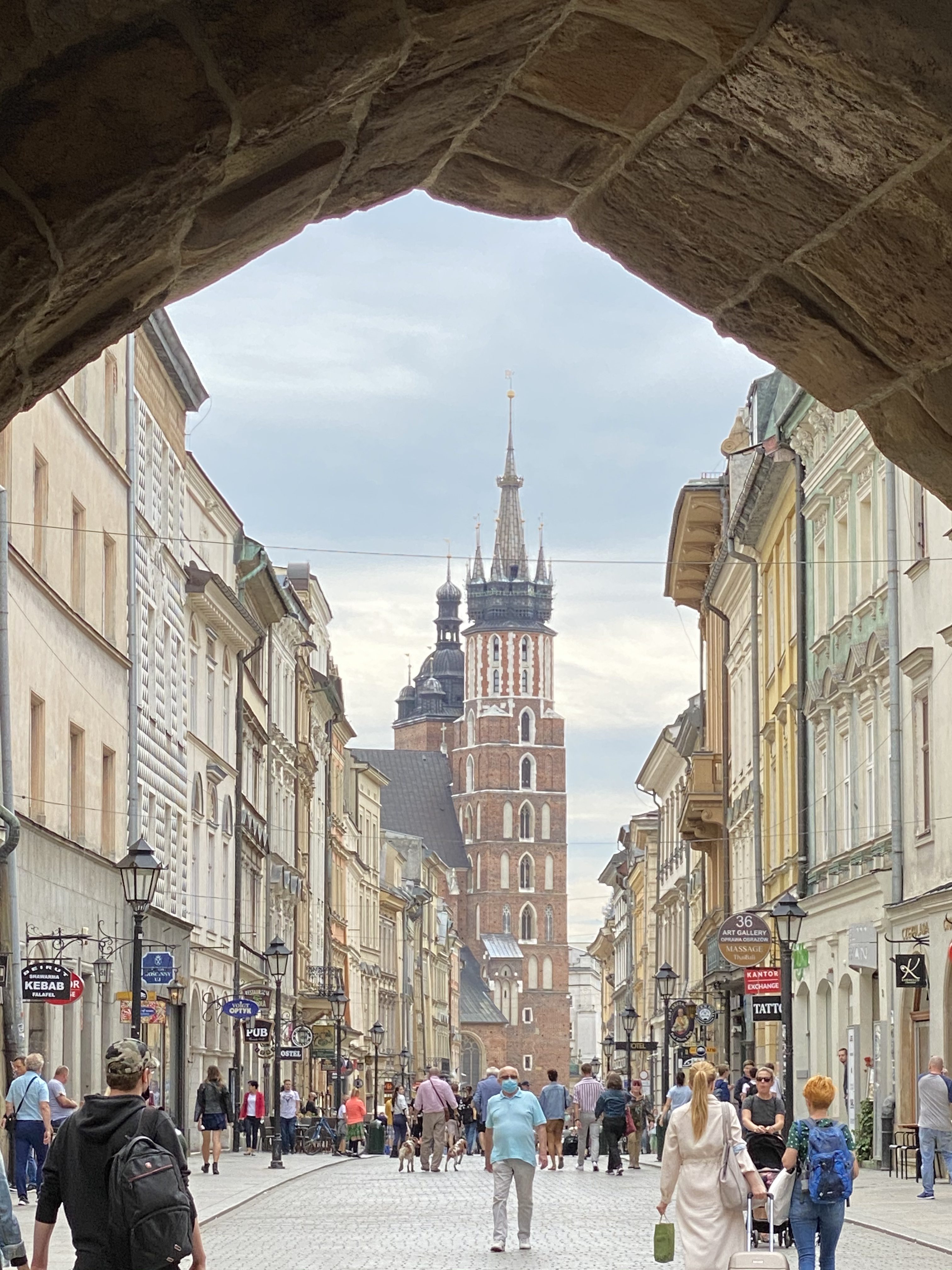 Until about 1600 Krakow was the capital of Poland. Then the Polish king decided to move his throne to Warsaw and … Krakow was only used for minor events like coronations and funerals. Nevertheless Wawel Hill, dominating the Old Town quarters, remained the centre of the country and Wawel Cathedral next to Wawel Royal Castle is the most important church in Poland.

It is quite a big cathedral and you can easily realize how this edifice evolved during the centuries. Just have a look at the chapels, the turrets, the spires … 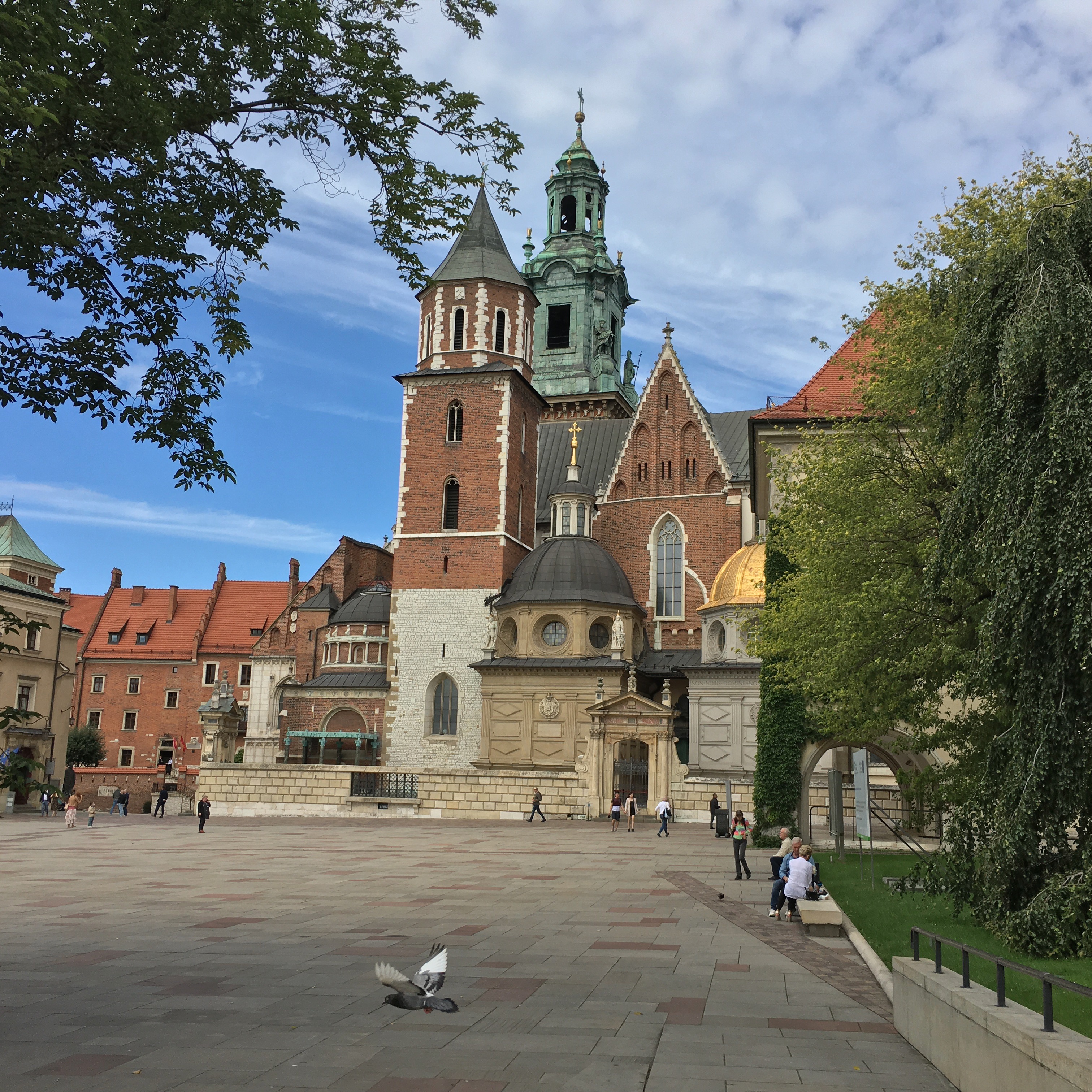 Unfortunately it isn’t allowed to take photos inside the cathedral. The edifice is splendid in its artful interior decoration. In the crypt you’ll find the magnificent tombs of Polish kings and queens. 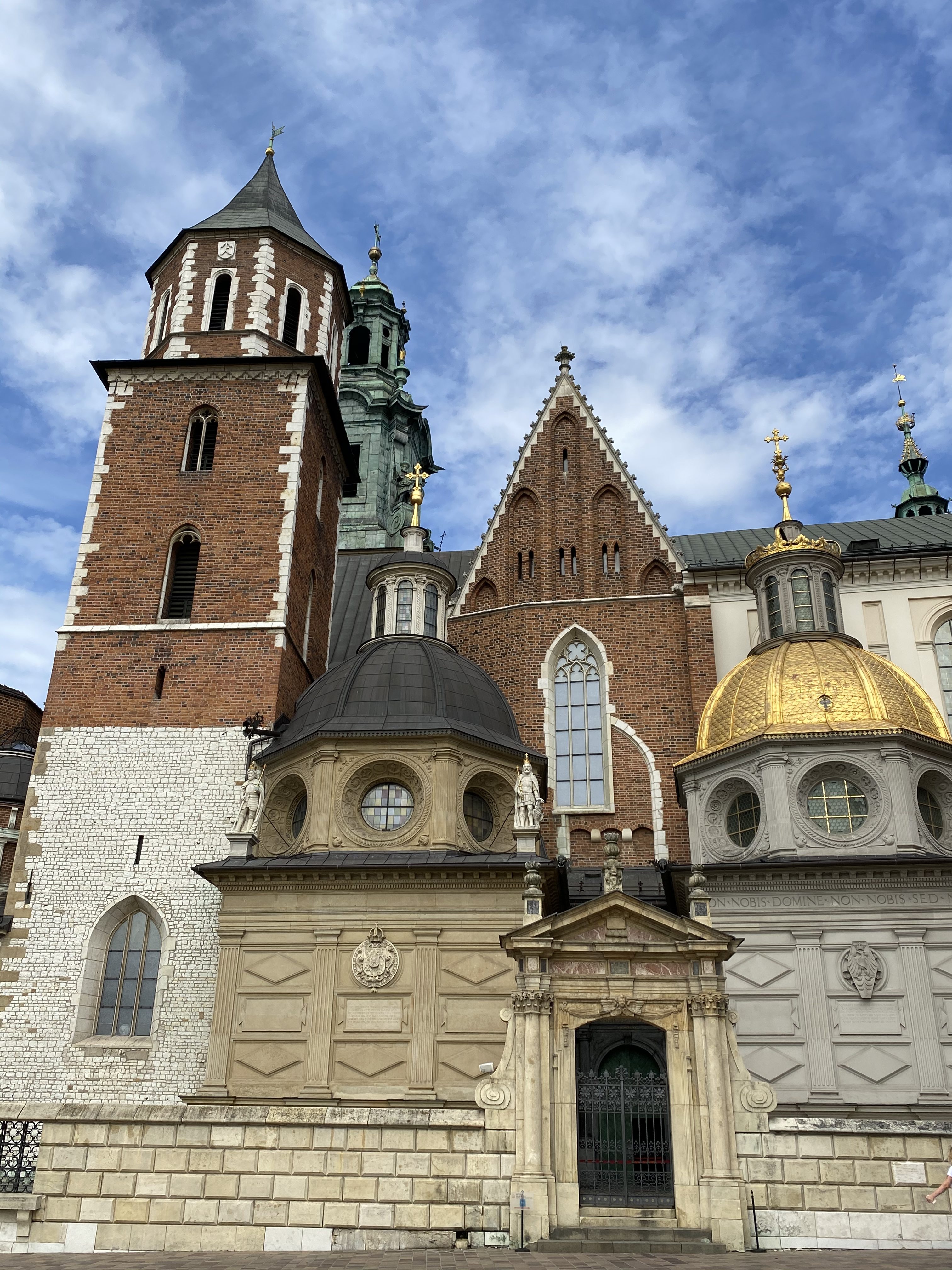 The inevitable gargoyles formed as dragon’s heads. (A legend says that once a dragon lived on and in Wawel Hill … always demanding virgins … there was a special virgin and a young craftsman … all ended of course with the death of the dragon!) 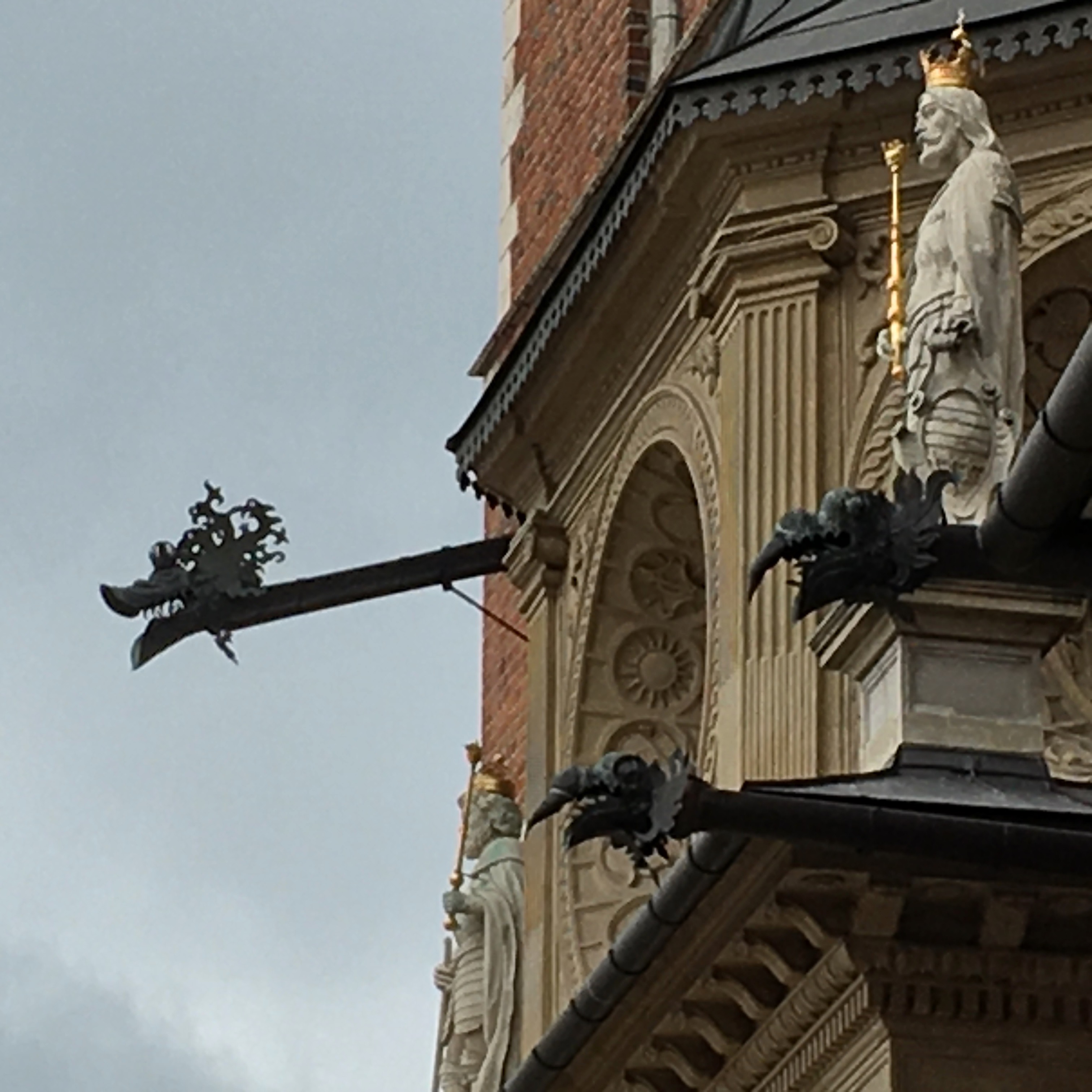 Together with the Wawel fortifications … the cathedral from the other side … 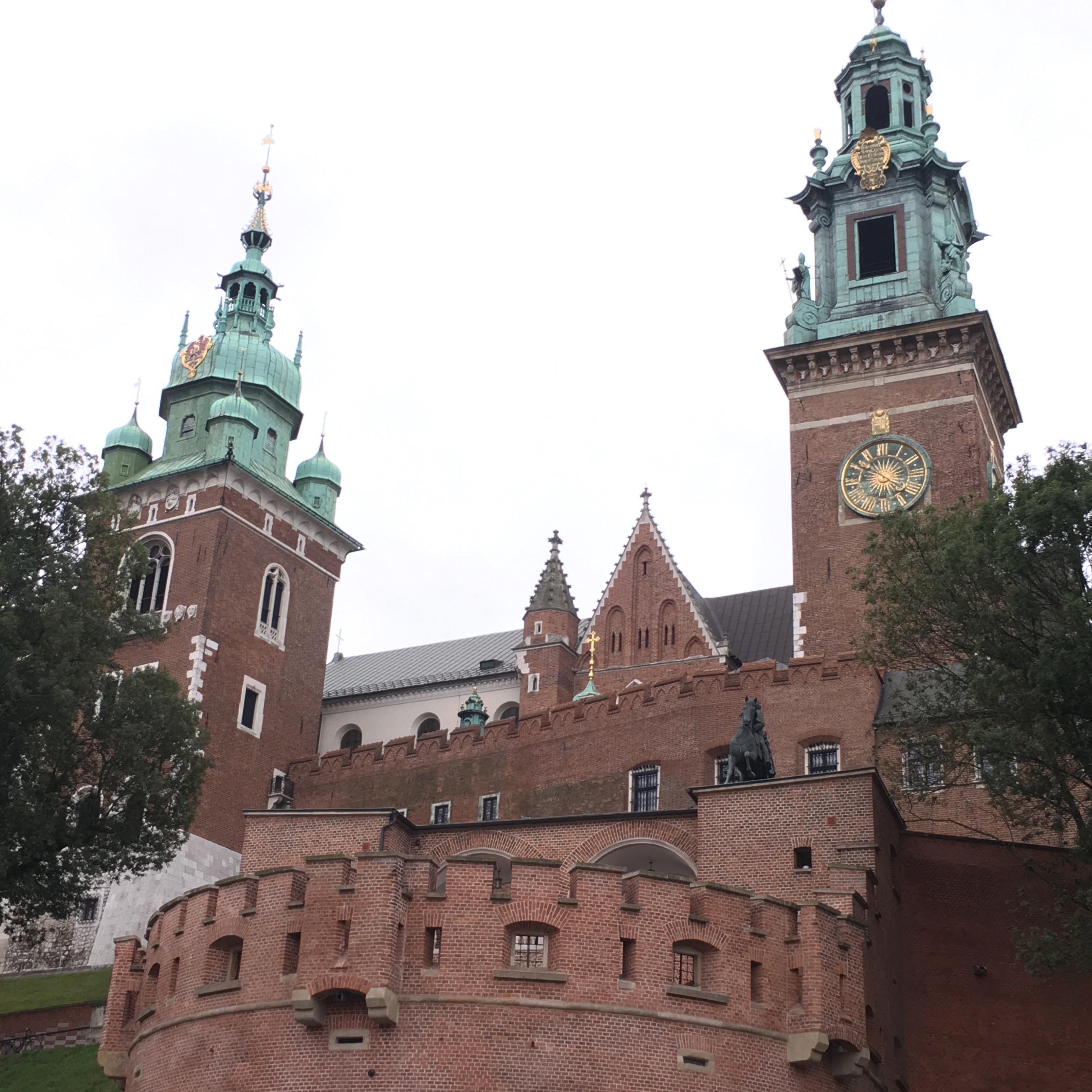 From Wawel Hill it’s a short walk to the market place in Old Town.

Chilling out around the market place in the numerous bars, bistros … is rewarding. Even better restaurants are in adjoining streets & alleys.

Mid of the market square there are the Cloth Halls, the former trading centre of Krakow. You may start a special trip into a museum under the market square where you can follow the creation and the transformation of the trading place during the centuries.

For the record:
Cobblestone! In all Old Town quarters we visited there is cobblestone. Sometimes it doesn’t look so bad on a photo, but take care of appropriate footwear. 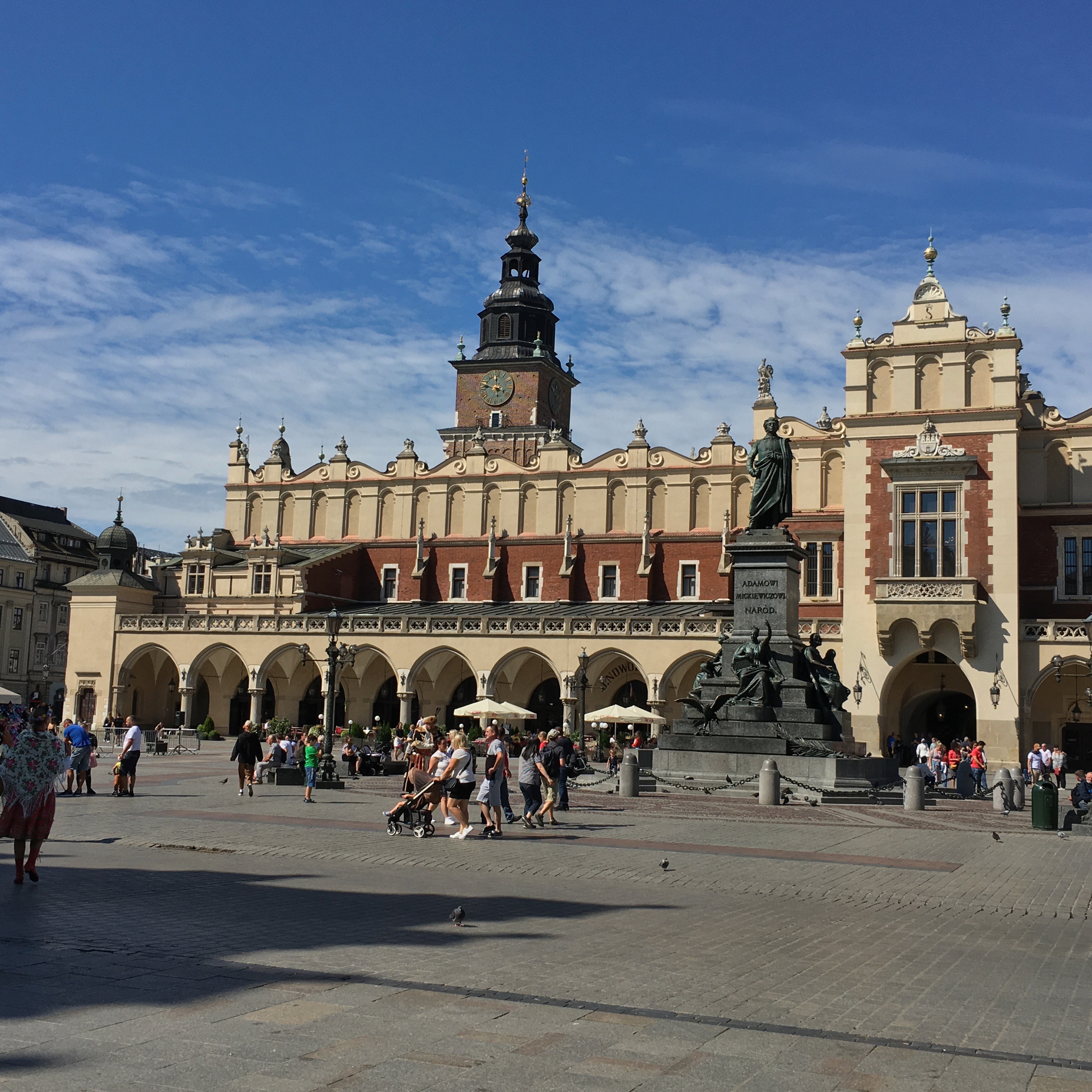 … the tower in the background is – for once – no church, but an administration building!

From Wawel Hill around the market square sprawls Old Town. The whole compound is surrounded by a green belt where in the past the fortifications and the city walls protected Krakow. The fortifications were razed to the ground and the park was designed when Krakow became Austrian in the 19th century.

Inside Old Town there are not only artful decorated houses, but more churches than you can imagine … only some of them made it into our photos. 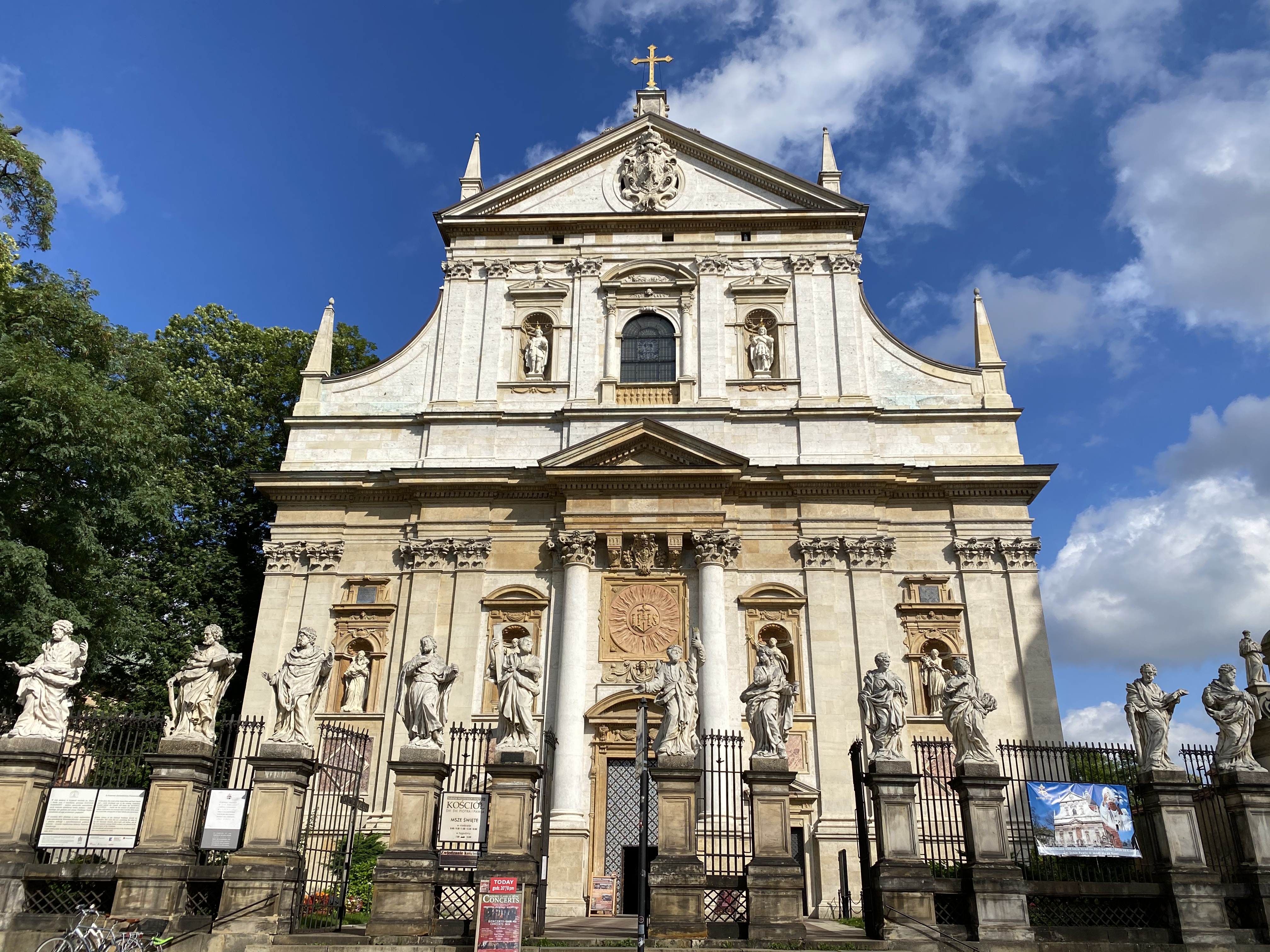 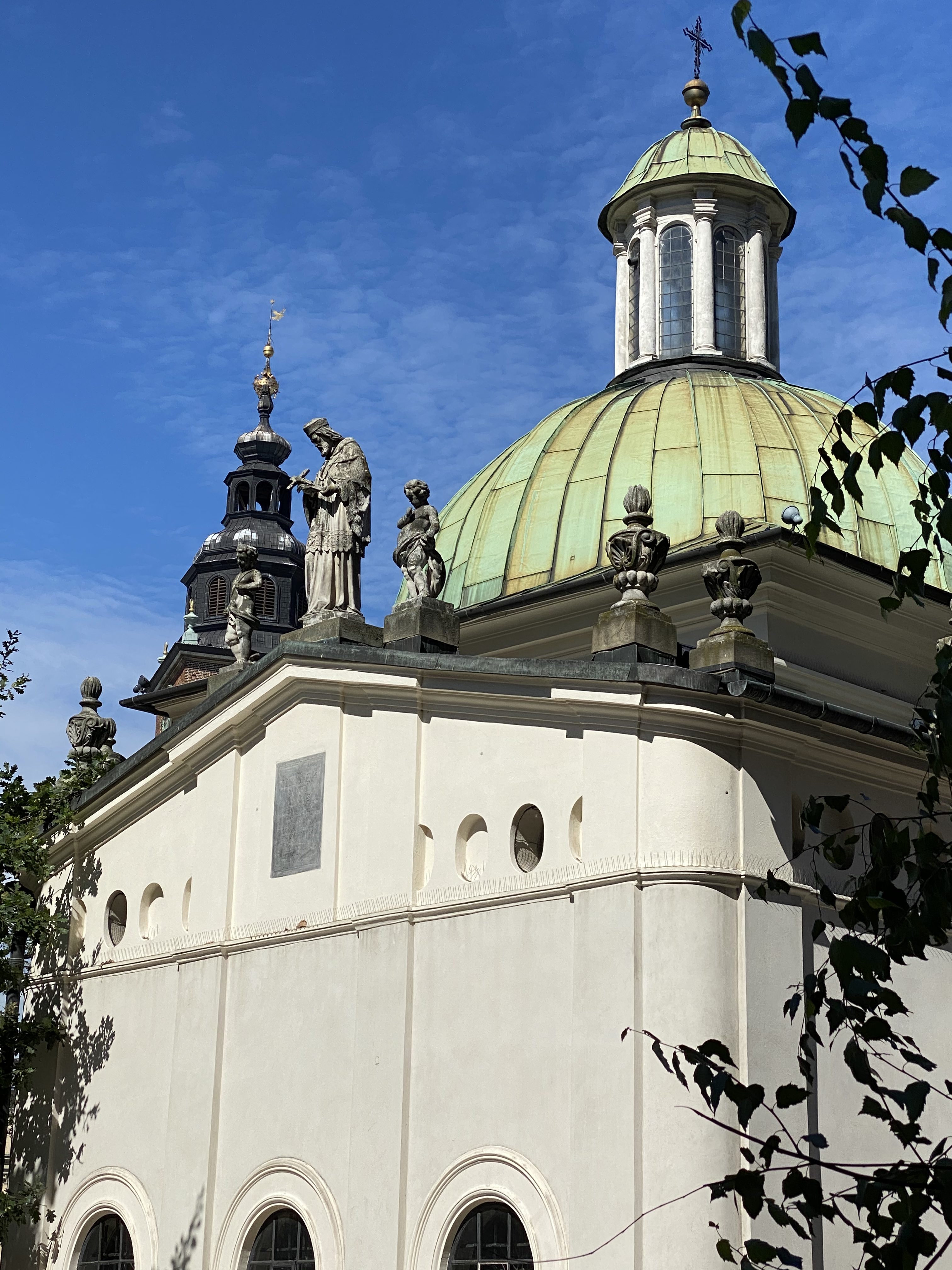 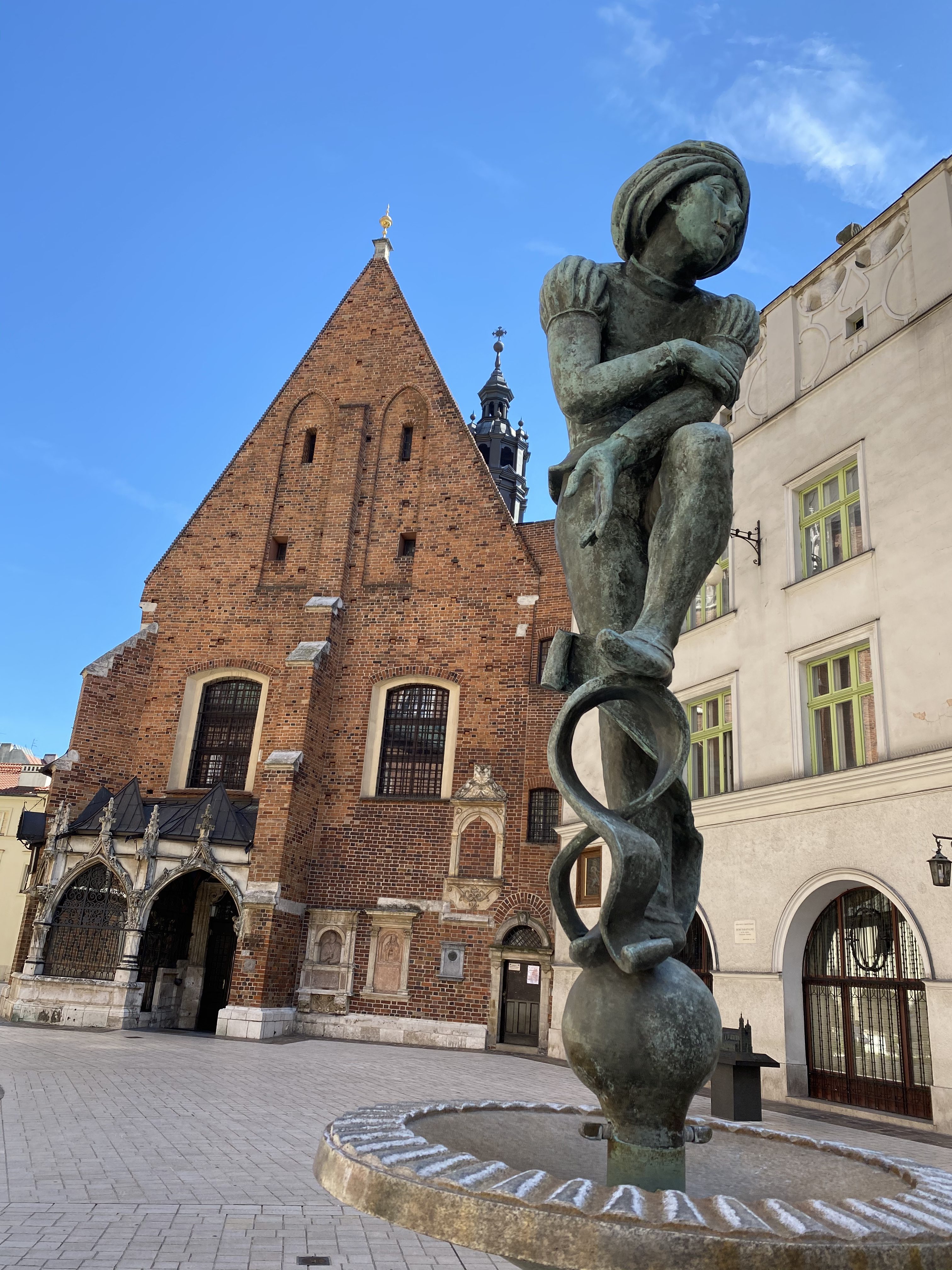 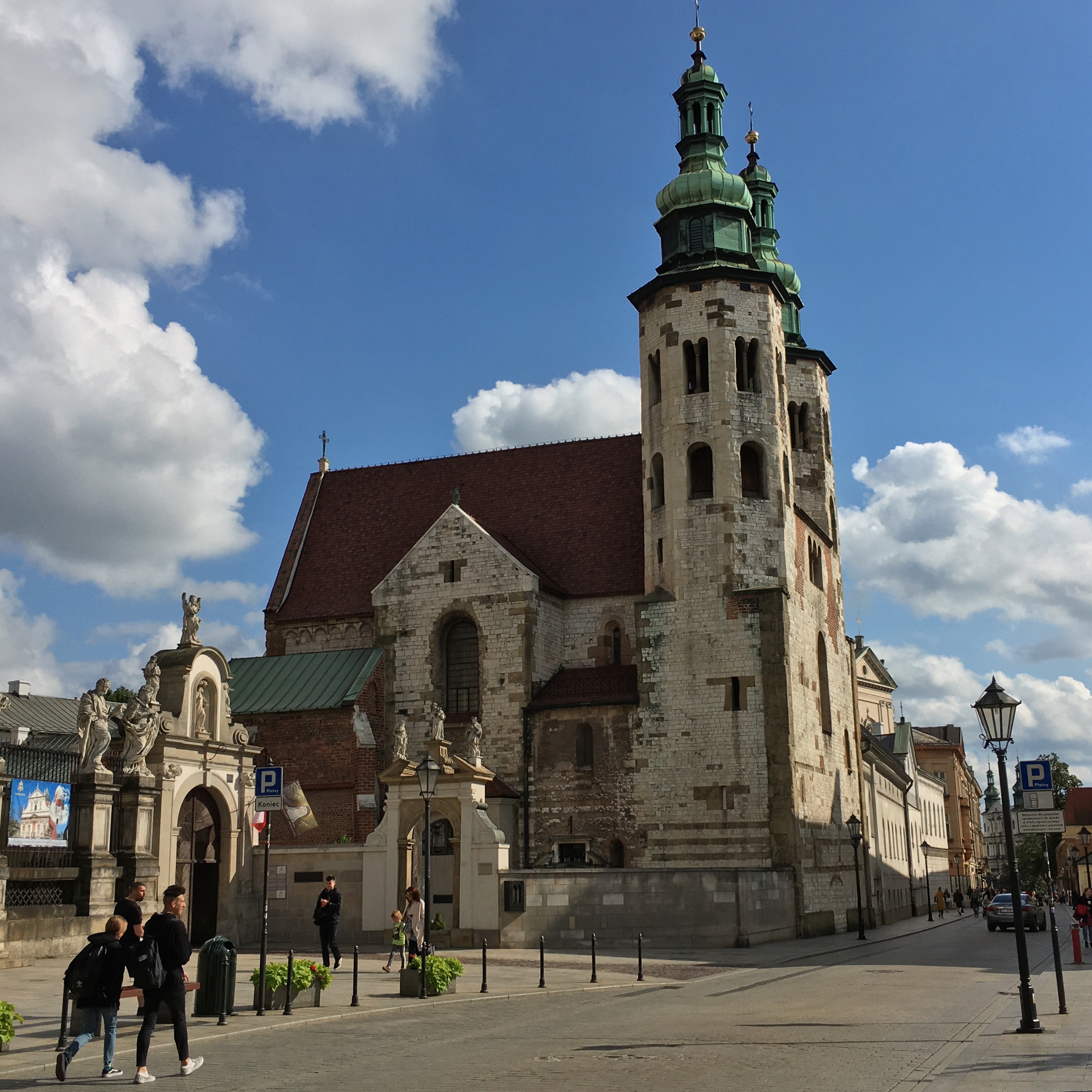 Have a closer look at the apostles who guard the Jesuit church. 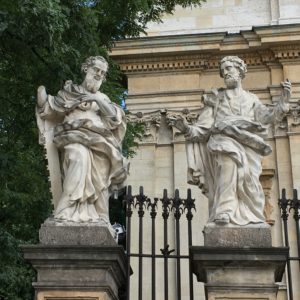 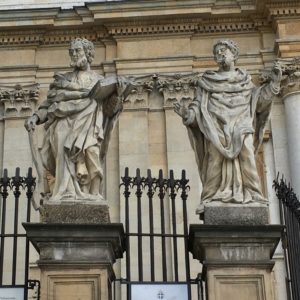 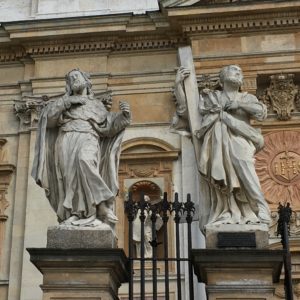 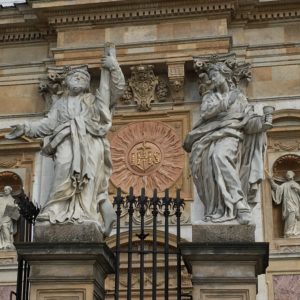 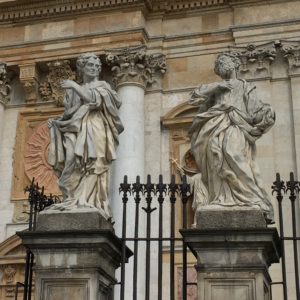 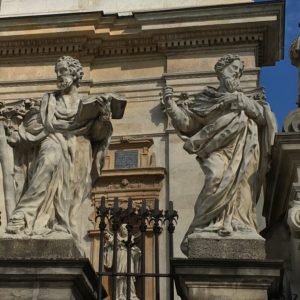 … and some more details from inside the churches: 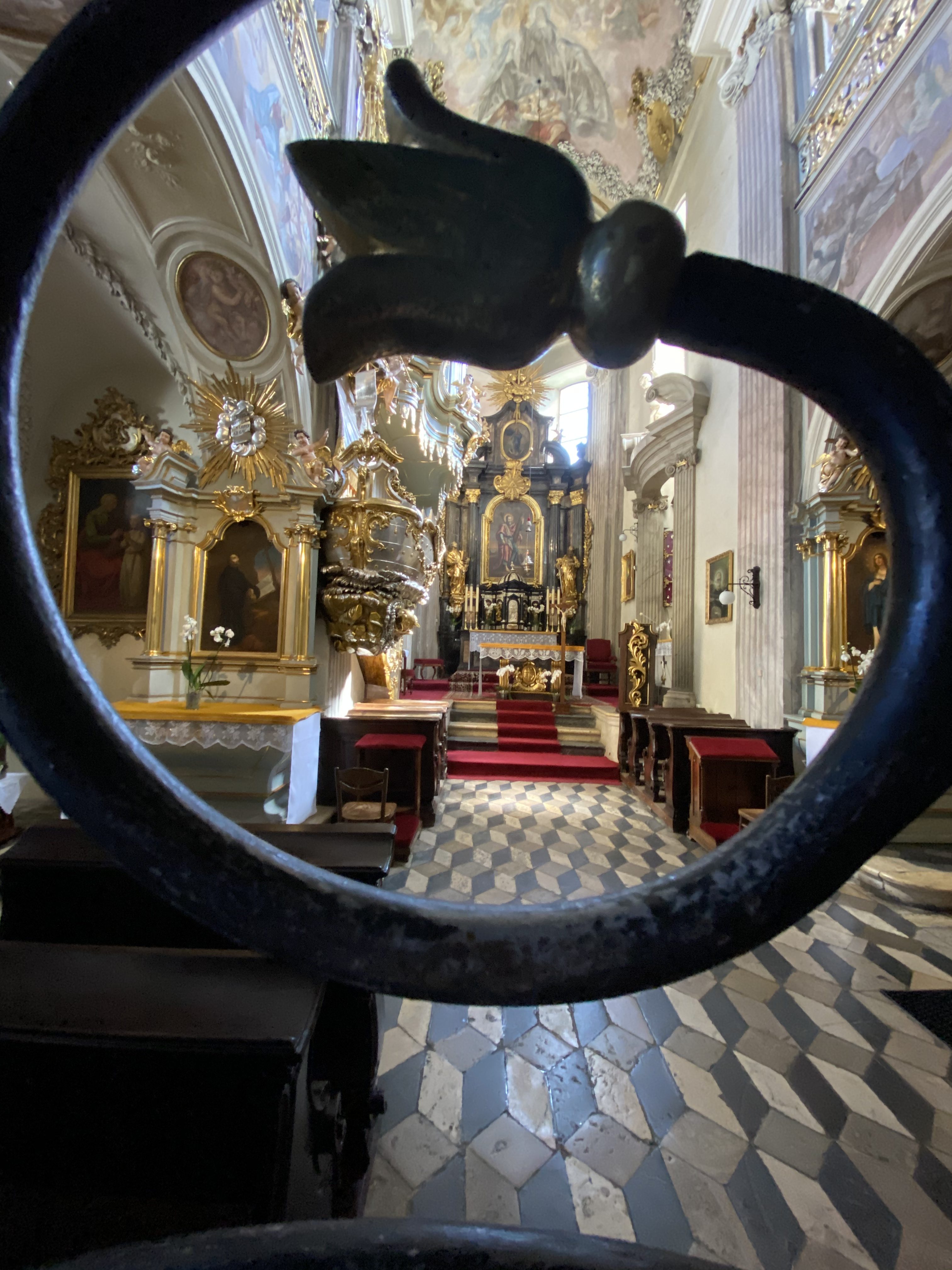 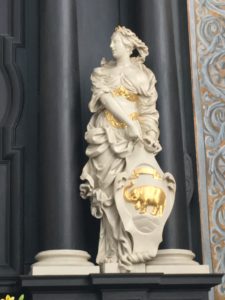 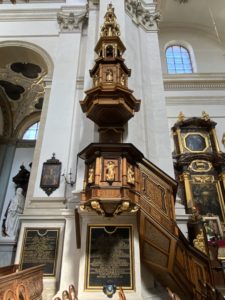 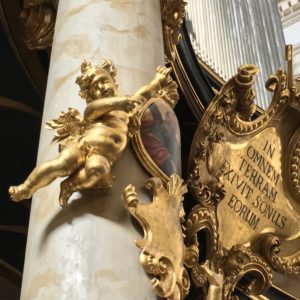 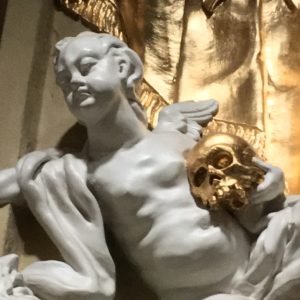 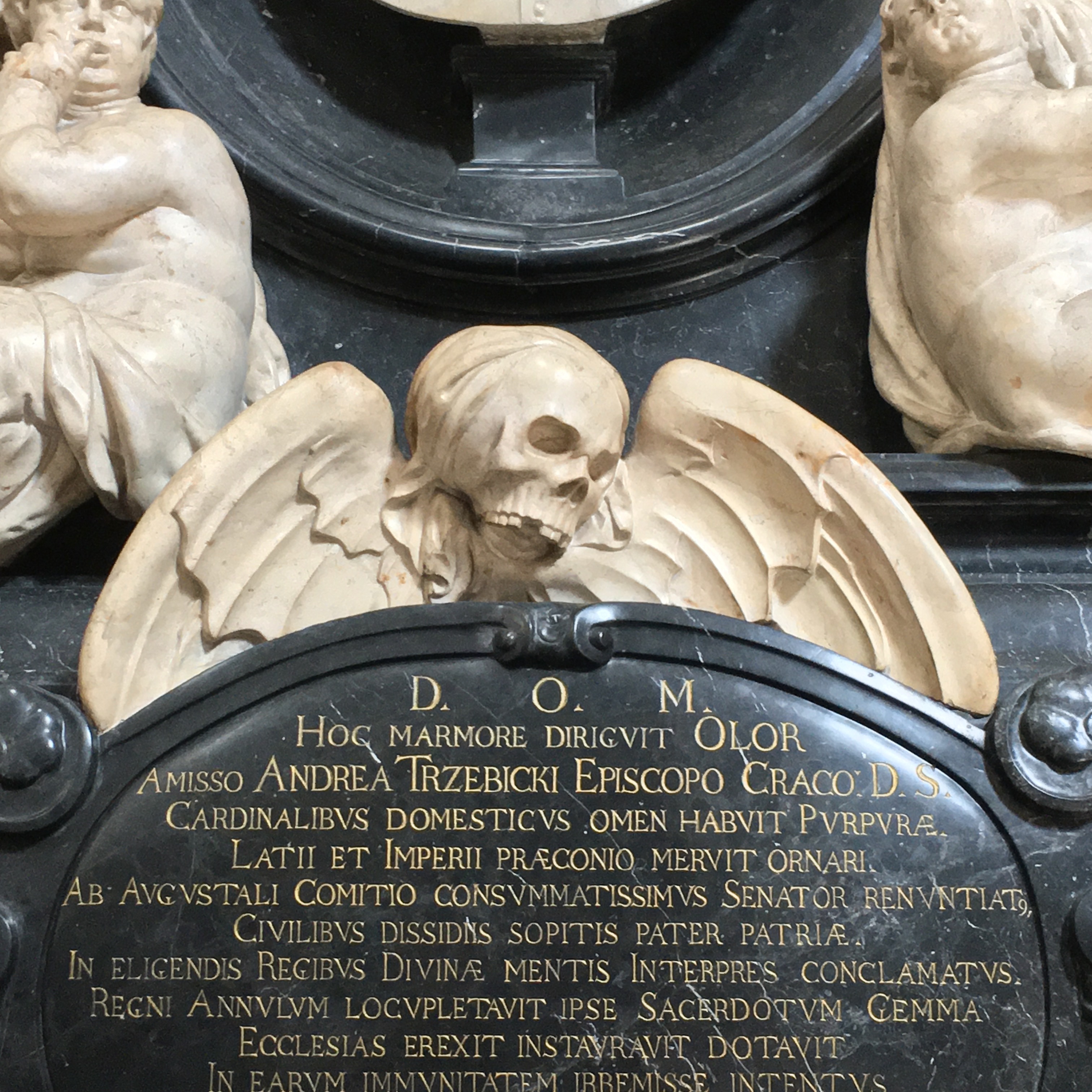 From Old Town and Wawel Hill it’s a short walk to Kazimierz. During the centuries Kazimierz was divided by a wall: on one side there was the Christian quarter, on the other side there was the Jewish quarter. Only beginning of the 19th century the wall was dismantled. 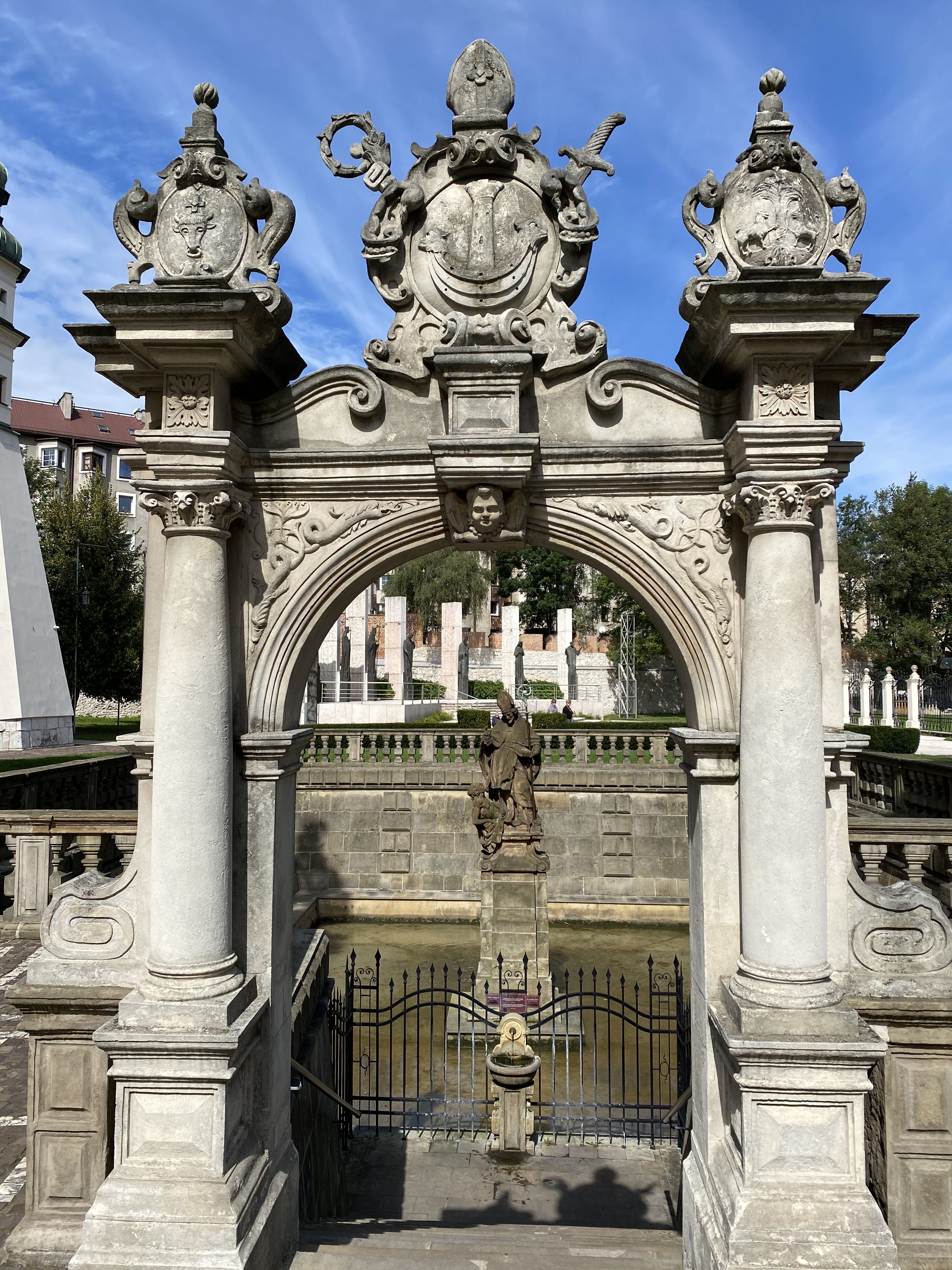 When approaching Kazimierz from Wawel Hill and Old Town you stumble at first across a church and a monastery. 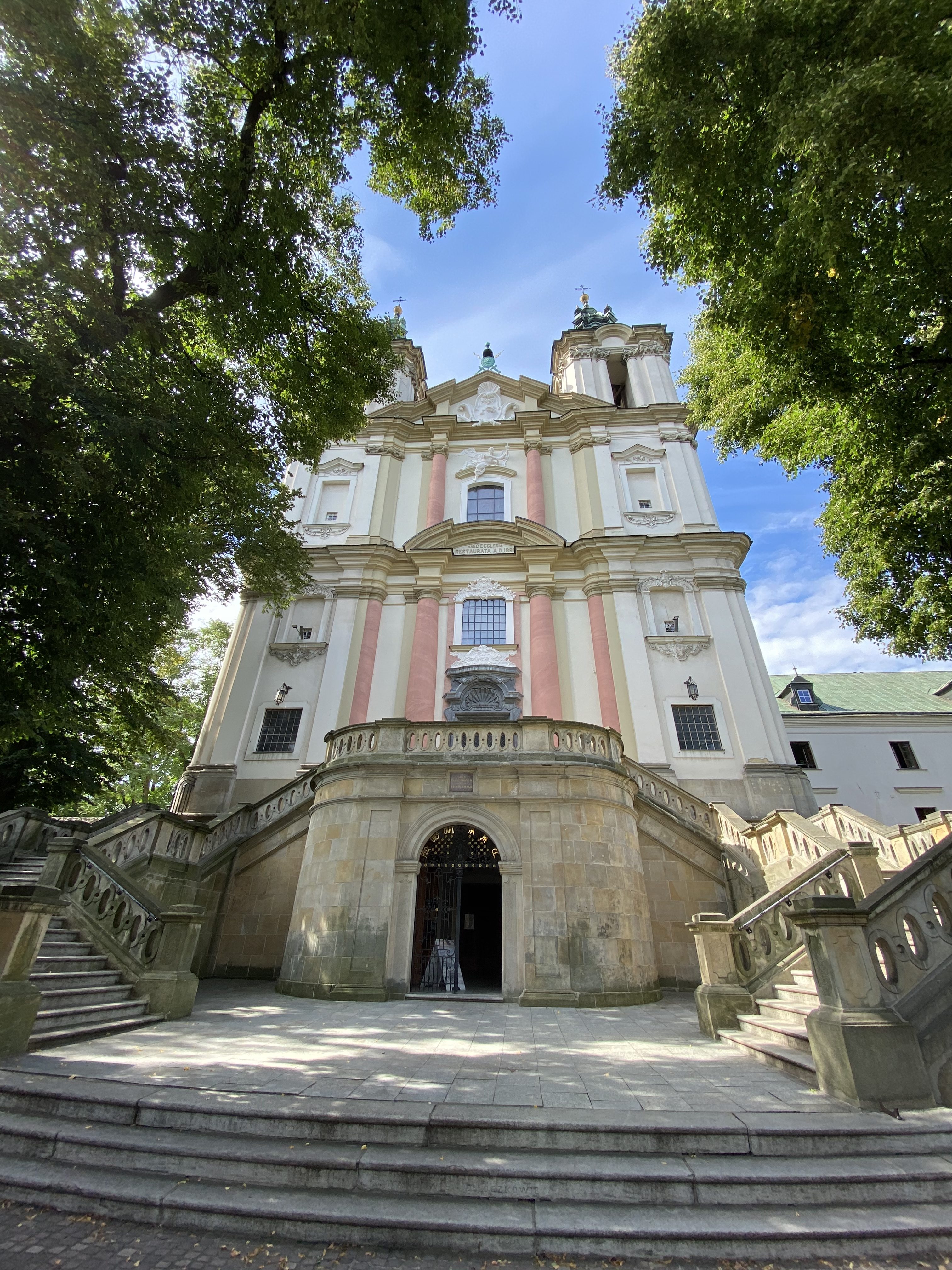 Some impression of the Jewish quarter … 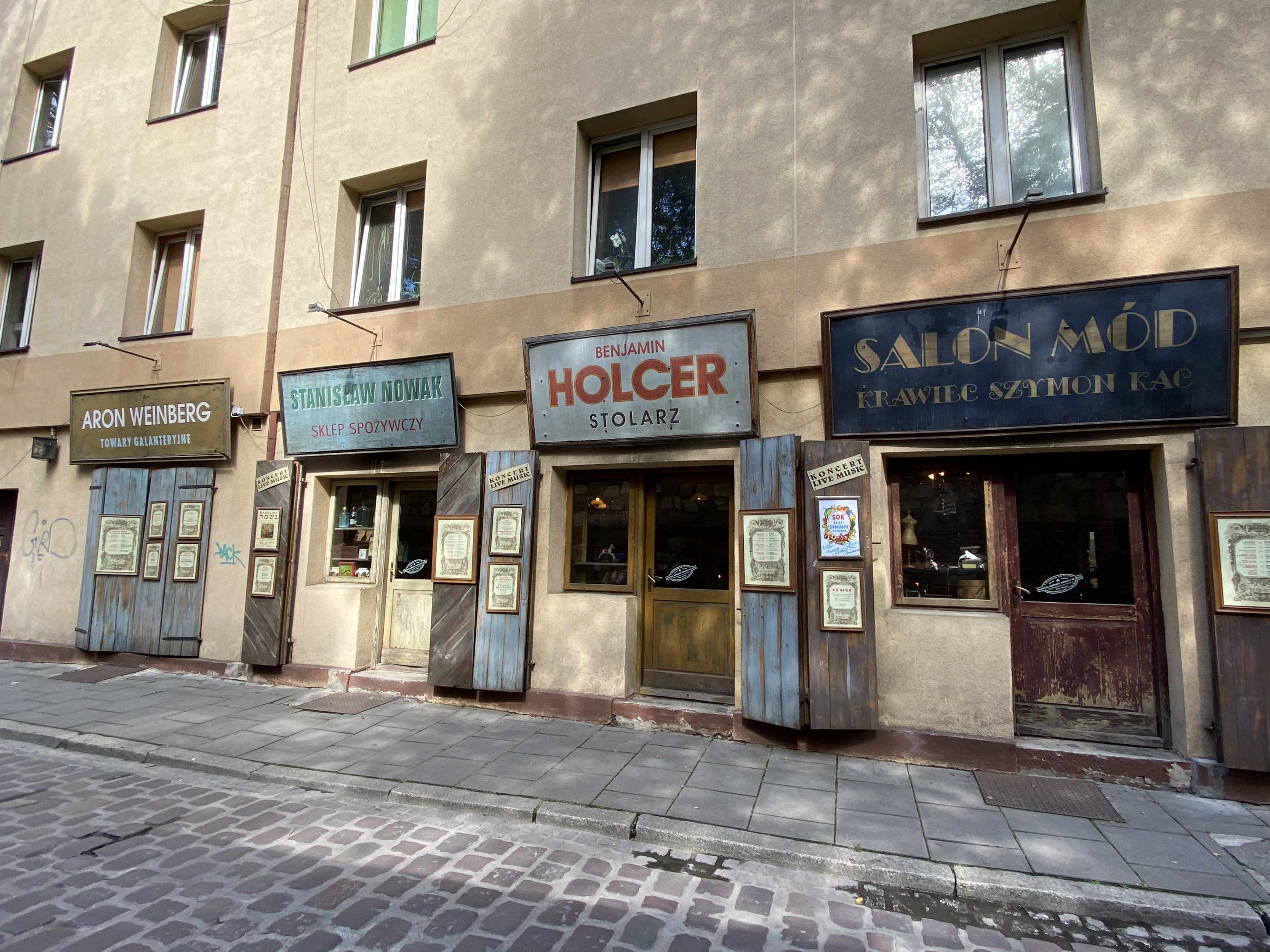 The old Jenisch cementary near the central market place in Kazimierz … 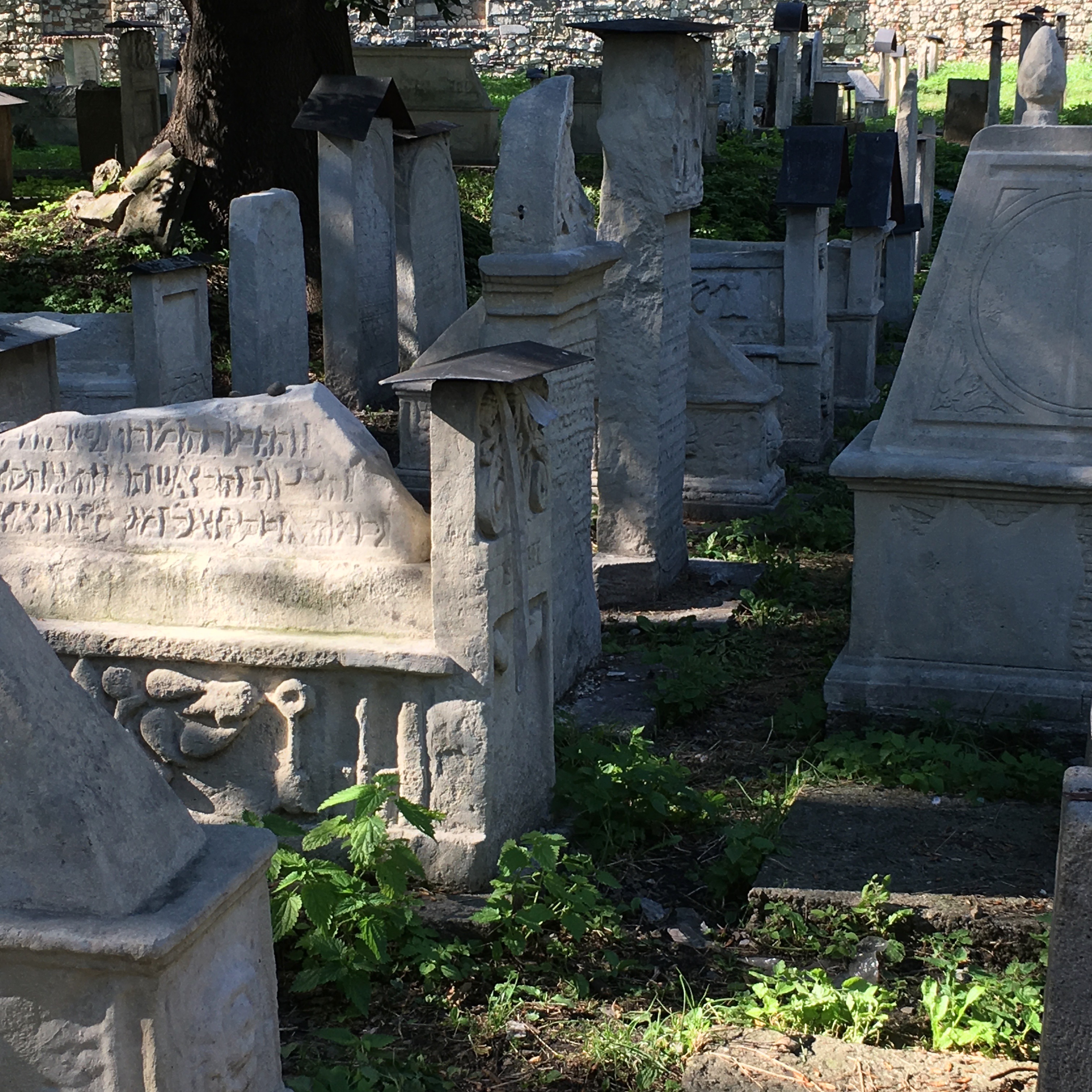 Today Kazimierz is a modern part of Krakow with restored houses and lots of cafés, bars, bistros, restaurants … it’s the entertainment quarter. When we walked through Kazimierz about noon it was rather empty, but when we returned to Old Town some hours later the streets and alleyways suddenly bursted with activities: tables & chairs occupied the pavement, bars opened their doors and room-high windows, people strolled along and took a seat for a beer … (or whatever).

To come to an end … the foundations of the very first chapels and churches on Wawel Hill … about thousand years old. 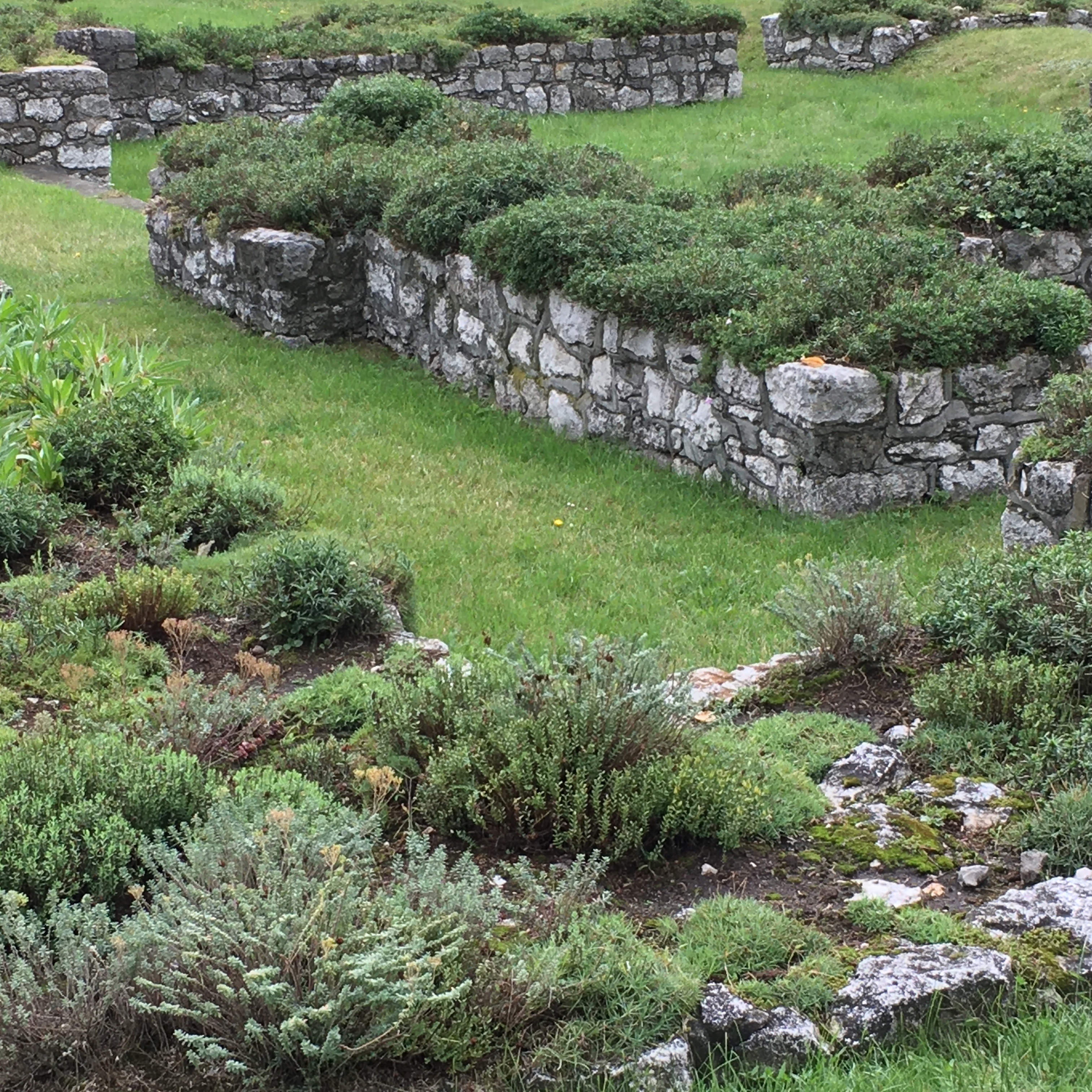 Last, but not least – our reliable travel guides* for our trip to Poland: