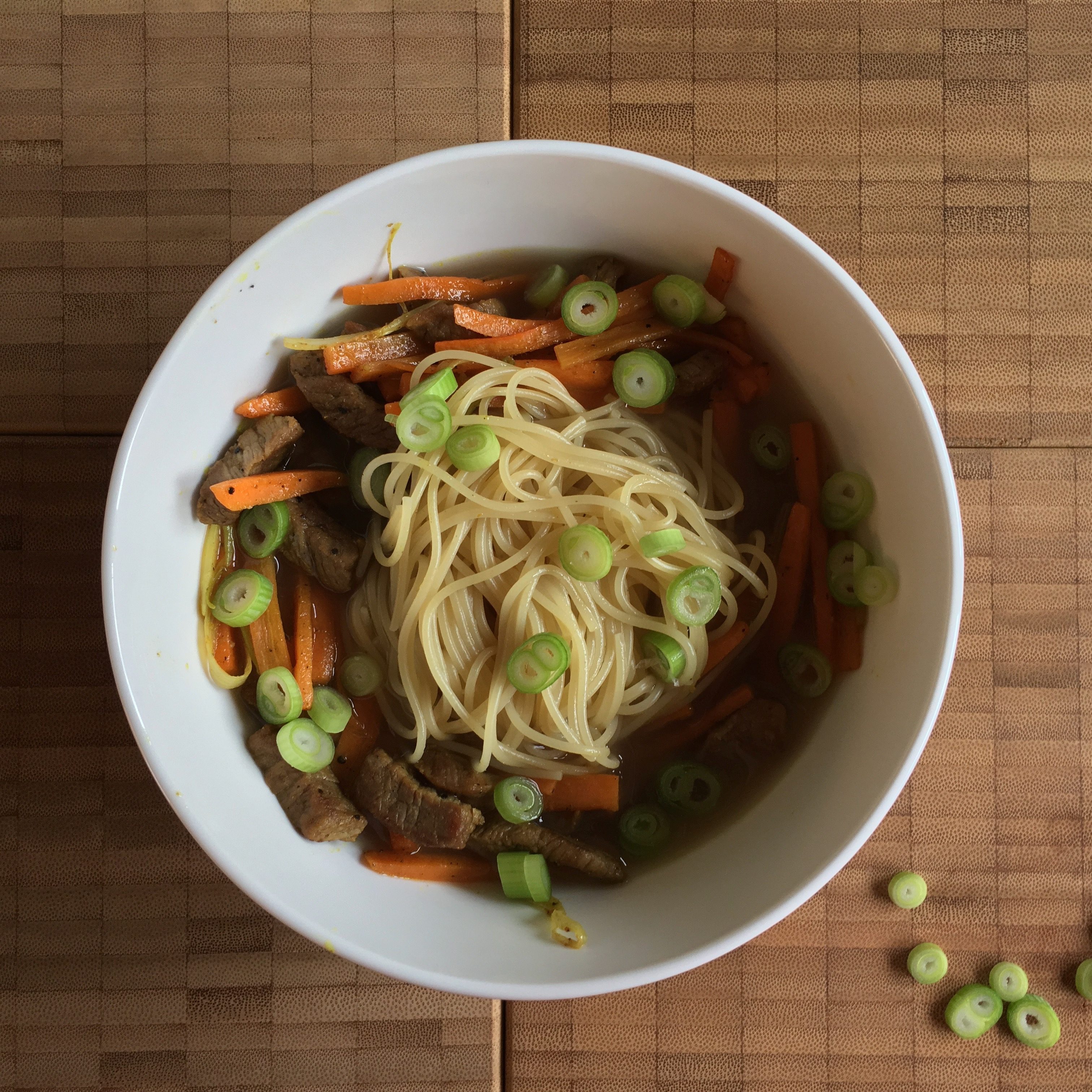 As stated before (pls refer to my basic beef broth) I happened to lay hands on beef for making soup (once more!) – so I decided (once more!) to use this beef for basic broth, however, this time w/ lots of Asian flavors.

What to do w/ Asian broth?

There is a Wagamama cookbook on my cookbook page where I found a lot of soup like dishes which seemed worth a try (of course: I made some adjustments for my own version depending on my resources in my pantry…).

So we start w/ the Asian broth! 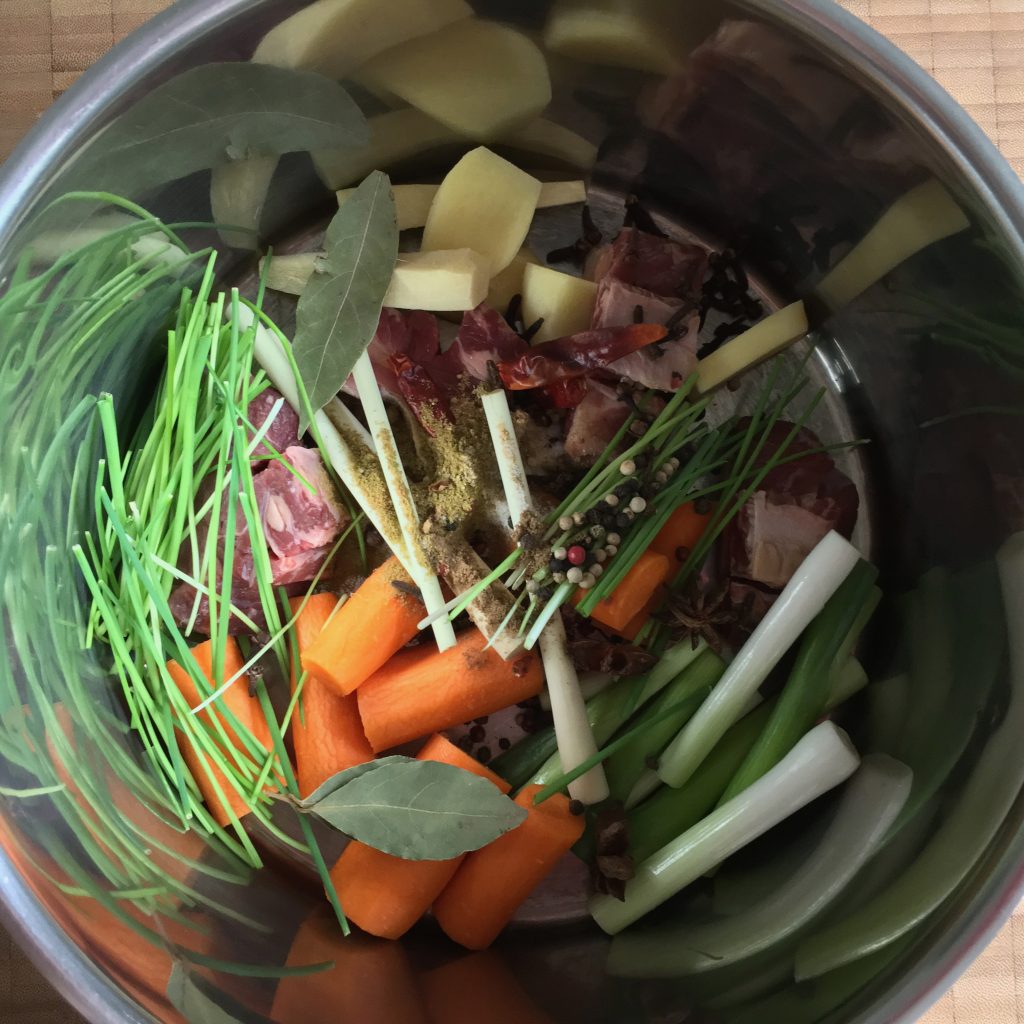 It’s the same procedure as for the basic broth… 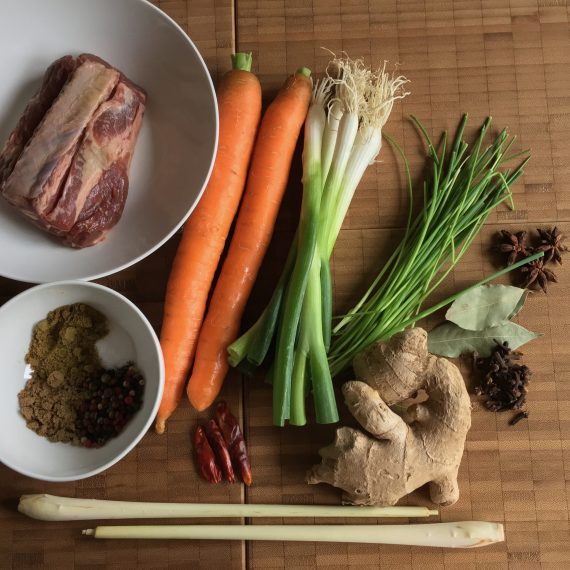 We bring it to a boil, reduce the heat to allow simmering & put on a lid. 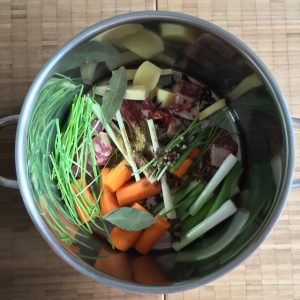 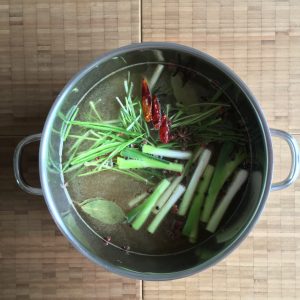 About 3 h later we’ve got our Asian broth.

We discard any solid items – the ground spices remain. 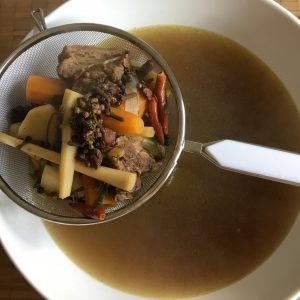 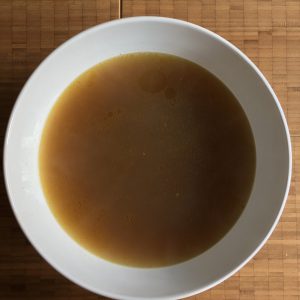 So now we’ve got about 2 l fine basic Asian broth. We can create 5 portions à 400 ml which is fine for 2 servings… We can put the portions in the fridge – or even better: in the freezer for further use!

However, coming now to the „further use“: we’ll prepare an Asian soup. 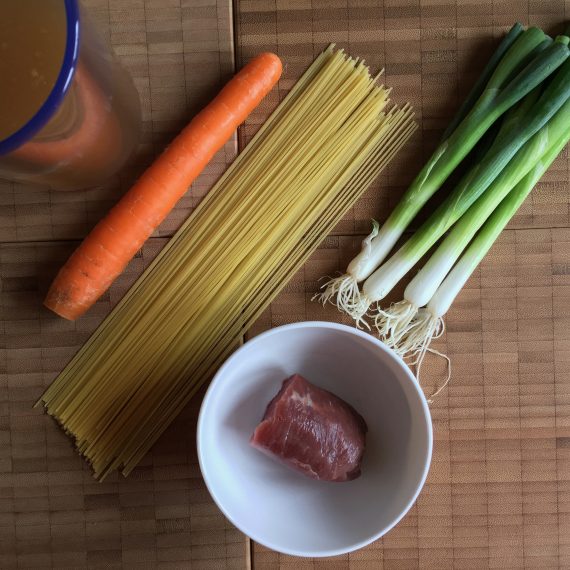 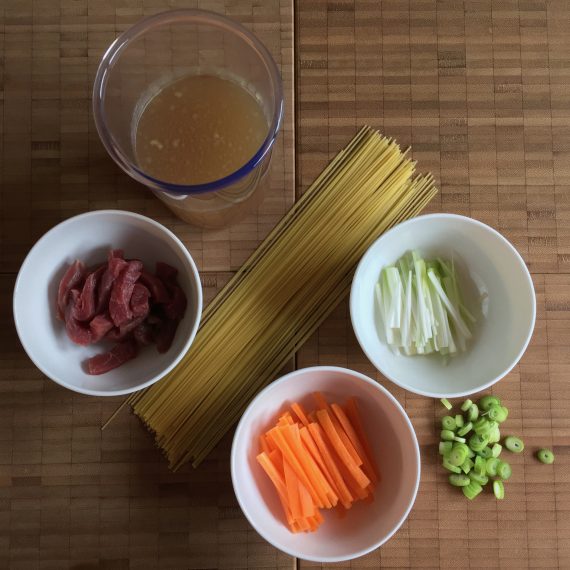 Let’s cook the thin spaghetti & fry the beef & the vegetables in peanut oil w/ ground curry – don’t forget to bring the Asian broth to a boil.

The drained spaghetti will form a little mountain in out bowl. Beef & vegetables will be arranged around the spaghetti – finally we pour the hot Asian broth in the bowl & add the saved spring onion rings. 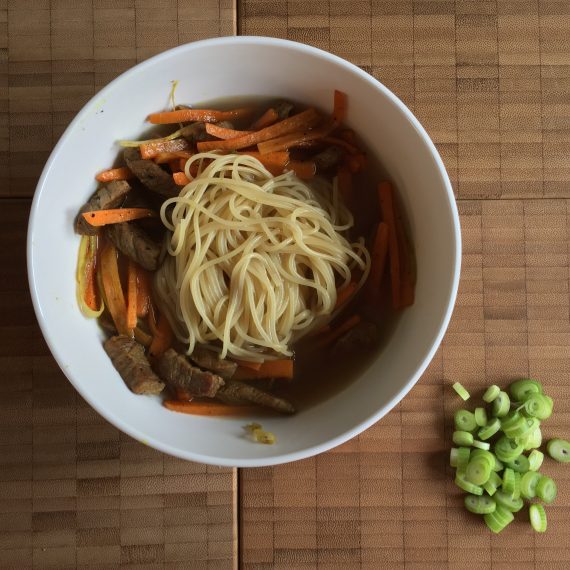 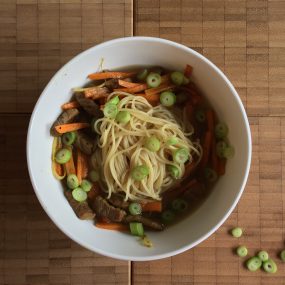 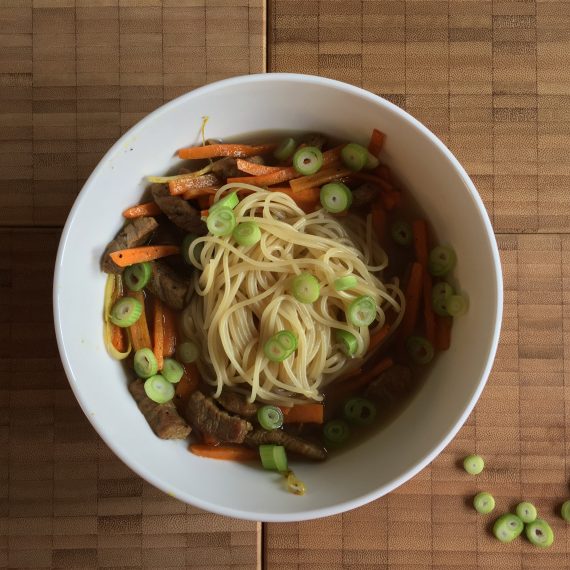 It’s a hot substantial soup which I can create within some minutes. I only need some containers w/ Asian broth in my freezer – ready to use. Maybe I could also use the simple basic broth w/o Asian flavors & add some Asian spices when preparing the soup? I’m sure the Asian flavour will be less intensive, but it’s always an option! 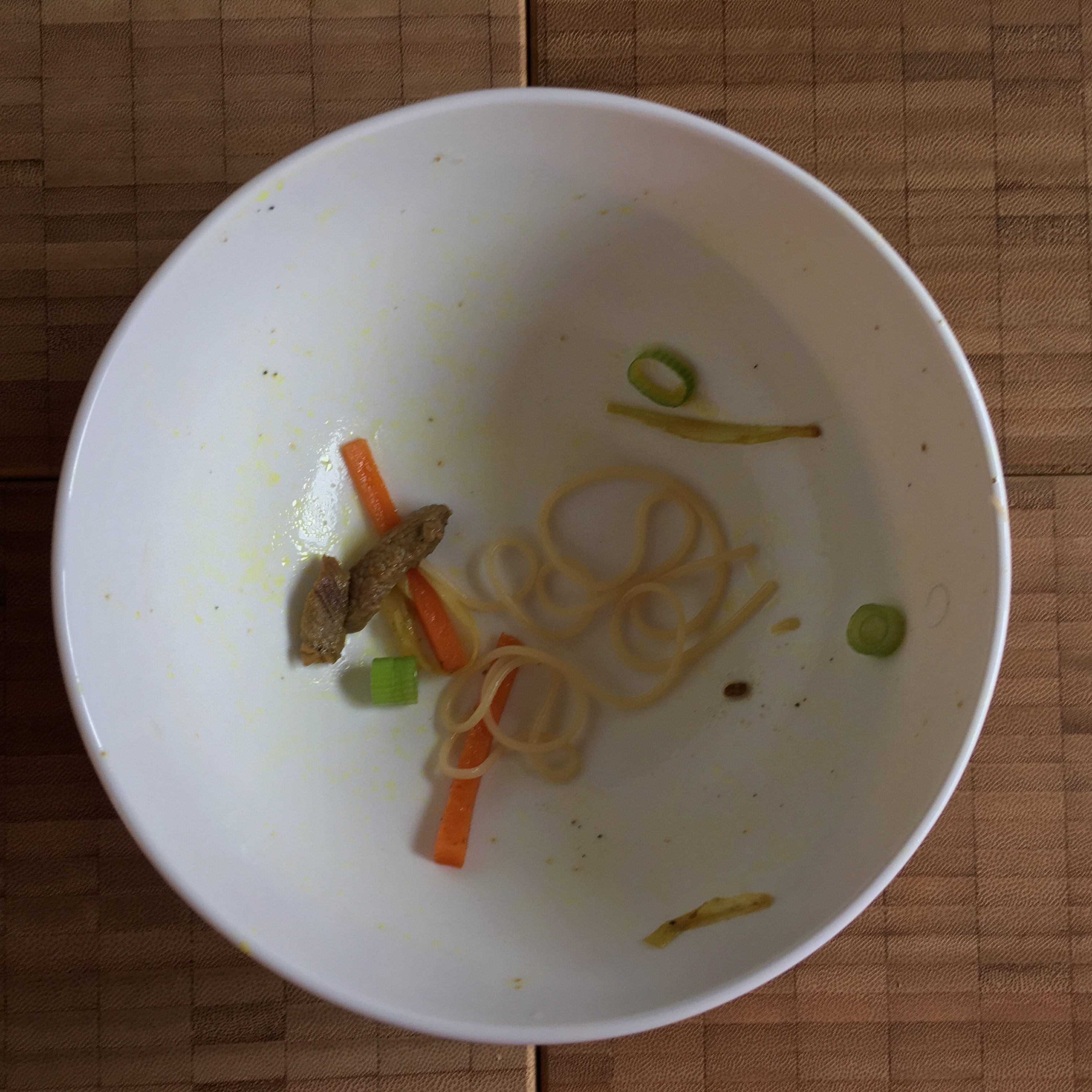